Born into Poverty, Adopted into Opportunity, and Saved by Grace 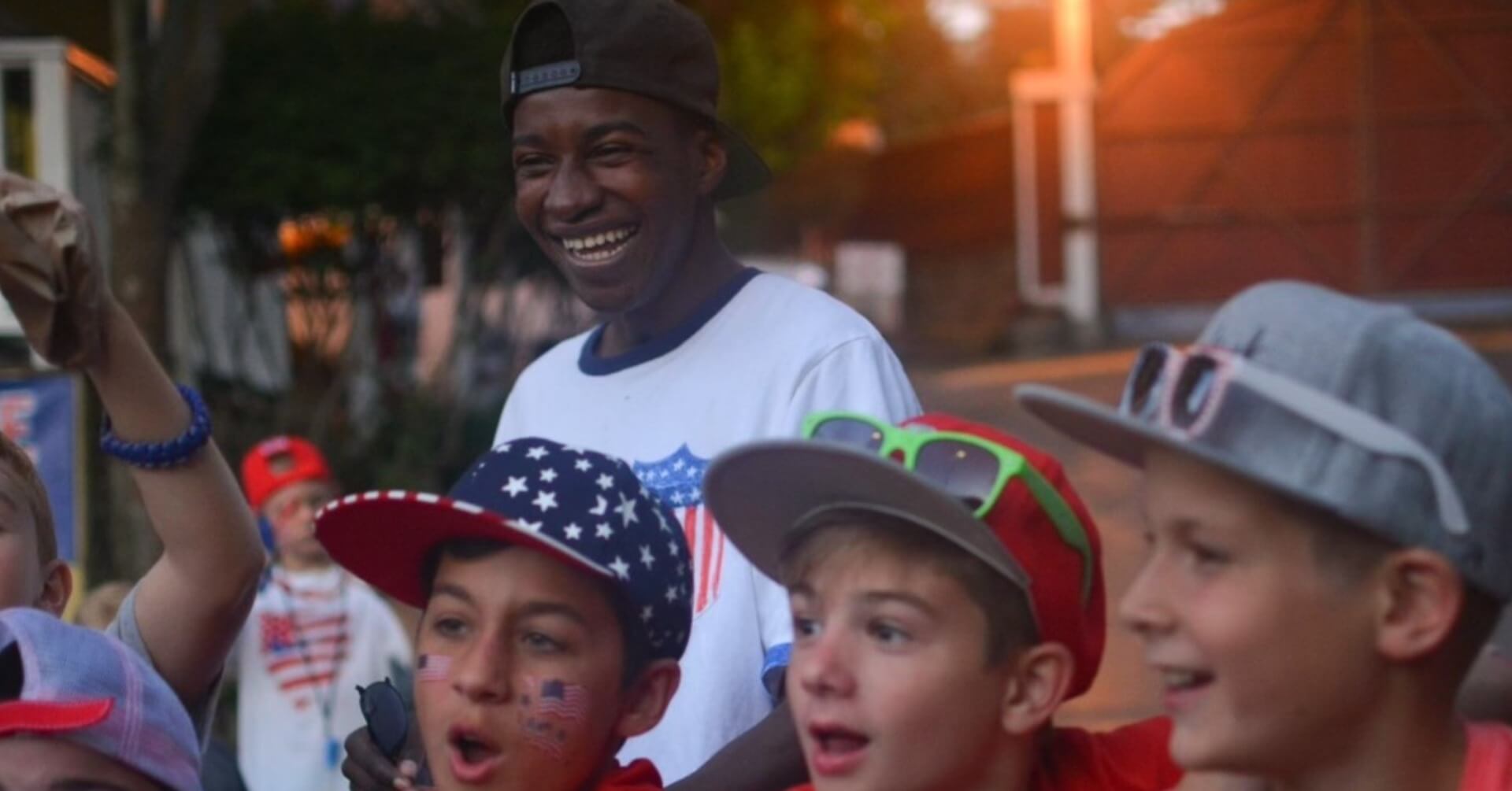 Hi! My name is Claudio and I’m a team member at Fritz’s Adventure. I’m excited to share a chapter of my story with you. Through 28 years of life, I’ve experienced gains, losses, and big turns and changes. This is a story of how God made a way for me through everything, no matter how impossible it seemed. 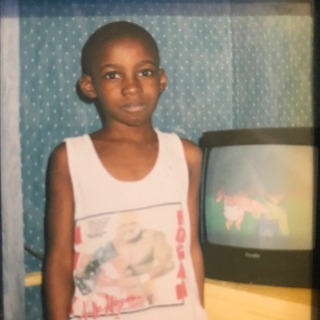 I’ll tell you my story using a third person narrative, inspired by the Apostle Paul. Whenever you live through big changes, the events of life align in one big narrative. It’s as if somebody was guiding you and building you up to become better the whole time. And that’s exactly what God did for me every step of the way. Without His miracles, my life could have taken any number of bad turns. He made a way for me. This is my story.

There was a lad named Claudio. He was born in Angola in central Africa. At five years old he left everything he knew and moved to England. In England, Claudio grew up in foster care until he was adopted by an amazing family who claimed him as their own. His appearance was very different than that of his new family, but he loved them and they loved him.

Growing up, Claudio was passionate about soccer. It was a way to escape the pain of reality. He had known abuse, war, pain, loneliness, suffering, death, starvation and hate all before the age of eight. Claudio never understood what it was like to have a childhood until he was adopted. And soccer provided an outlet. 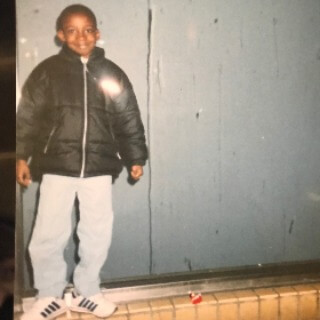 Time went on and Claudio received great opportunities. He went to college, but he remained haunted by his past life. He was a young adult, still struggled at English (it wasn’t his first language), and still carried old wounds. Claudio escaped further into soccer.

With hard work, he did better in school. Claudio did so well in school that he was presented with an opportunity that would change his life forever. He received a scholarship to play soccer in the USA and live the American dream!

This was a big challenge for Claudio. It was the first time that he would have control of his own destiny. He wasn’t a kid anymore. He was about to move across the world. Claudio saved some money, got a plane ticket, packed his entire life into two suitcases, and said goodbye to his adopted family.

Claudio had no idea where he would live or what university he would attend. He just knew this was the next step. He was excited and a little overwhelmed.

With only $1,000 to his name, Claudio arrived in Chicago with no phone service, no internet, and no direction of where to go! The only thing he had was an address for a school he’d never heard of or been to. 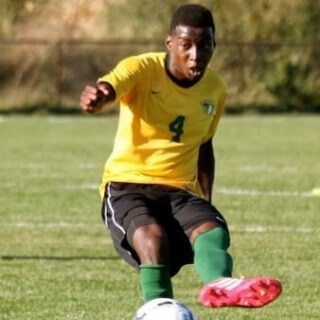 When he arrived at the school, everyone stared at him. “Wow! Welcome to America,” Claudio thought to himself. Filled with embarrassment, he tried to find someone associated with the soccer program. Eventually, some of the soccer players recognized and helped him. The support of those teammates would help him through college.

Three years later, Claudio was accustomed to the American lifestyle. It suited him better than the life he had in England.

It’s important to mention that alongside the constant changes and adapting to a new culture, Claudio found Jesus. This would later play a crucial role in changing Claudio’s perspective on life. He began to let go of the past and understand his purpose through what Jesus did for him.

Things were really looking up, but a new challenge presented itself. Claudio’s time in America was coming to an end and he didn’t want to leave. College was over, he didn’t know what was next, and he dreaded the reality of going back to England. That would be taking two steps back; the USA was his home now. Claudio needed a miracle. God was already at work.

Claudio had been working at an indoor soccer turf facility refereeing games, but the job wasn’t great. It was a job and he was grateful for it, but he was paid little and fell behind on rent. He didn’t have food in the refrigerator and generally had to choose between paying rent and buying groceries. He was poor. The only way Claudio survived was because of his soccer teammates who God used to feed him.

Claudio was getting by, but life was hard. Some nights when he had no money and no food he often cried. These nights were lonely and Claudio wondered how his life had reached a dead end. He asked God if it was the end. Claudio woke up again each morning and faced the same harsh reality of the past, including hunger and poverty.

One day a friend of a friend presented Claudio an opportunity he’d been waiting for. It was the chance to work in a nonprofit organization called Kanakuk Christian Sports Camp. With no idea what it was, Claudio said yes.

Again, Claudio packed his life into two suitcases. This time he went from Champagne, Illinois, to Branson, Missouri. Claudio showed up to this Christian organization with little knowledge or understanding of who God really was. And again, he found himself in an environment of people who were completely different from him. Claudio stuck out like a sore thumb. His personality was over the top, people didn’t understand him, and he didn’t understand himself either. Claudio was borderline rude and disrespectful, but he didn’t know it. This young man was who God chose to use.

Claudio quickly adapted to the environment and the people became fond of him. He spent three months in the camp counseling and taking care of the kids. Who in the world would trust this guy to take care of 10 kids? Nobody knows. Yet he did it with all sincerity, love, and joy. He took care of the kids as if they were his own. Claudio didn’t realize the gift God had given him. God was breaking down his walls and pride. But like before, the gloomy fact of Claudio having to leave the USA was approaching. 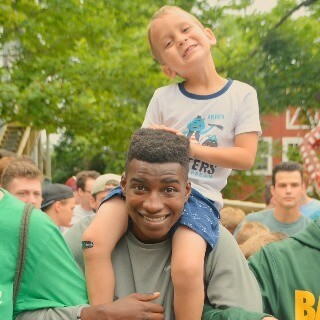 During his journey, Claudio had a mentor named Walter. Walter seemed to be an ordinary guy, but he was the one God used to help Claudio find his way. Walter would be forever respected and admired by Claudio. Walter was a man of humility and kindness, but Claudio felt unworthy of his help. Walter was a once-in-a-lifetime friend. He invited Claudio into his home, helped him, and fed him.

After three months, summer was coming to an end and so was the sports camp. That’s when Walter gave Claudio his next opportunity. He offered Claudio the opportunity to take a nine-month program at the Kanakuk Institute. It was a Bible program for young adults who had graduated college.

Claudio was still new to his faith. He didn’t understand much and rebelled against authority. Claudio’s words were taken as arrogant and boastful, and he knew he wasn’t without sin. At the Institute, he was around people who were wealthier and more privileged. He didn’t understand why others took their blessings for granted.

Claudio struggled to understand Biblical philosophy. The Bible sets the standard for Christians, but many of Claudio’s classmates weren’t doing the basics of what they learned. Claudio wrestled with this daily. By seeing the wrongs of Christians, it challenged him to ask why. He butted heads with people, challenged them, and spoke out against things he didn’t agree with.

But Claudio’s journey at the Institute was difficult because it was a completely different environment from what he experienced at the camp itself. Claudio was again an outsider dealing with different worldviews.

Claudio was broken. That was one thing he did understand about himself. He wasn’t okay and couldn’t understand why others that weren’t okay acted like they were. Claudio realized it wasn’t just his classmates. It was humanity.

Claudio often thought about the past and how fortunate he’d been. He thought about how far God had brought him and how blessed he was. But Claudio realized he also took life for granted. He saw himself flooded with sin and was excited to learn more about the Christian lifestyle. Convicted, Claudio learned we all have sin. He learned to focus on the good in people rather than their faults.

While going to the Institute, Claudio looked for a job to earn money. His mentor, Walter, connected him to Fritz’s Adventure. Walter had a friend who was about to become the general manager at Fritz’s. His name was Jake Schenk and he was looking for good people. Jake came to the Kanakuk Institute and offered Claudio a job on the spot! 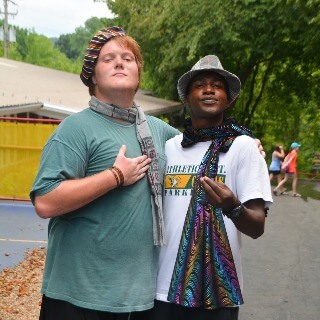 After nine months, Claudio graduated from the Kanakuk Institute. Fritz’s Adventure had already been open for a year and he accepted an offer to become part of the management team.

Fritz’s provided a place for Claudio to express himself. He was aligned with Fritz’s core values and the work gave him a place where he could grow and fail at the same time. It’s like Fritz’s was made for Claudio and Claudio for Fritz’s. The organization gave Claudio a platform to influence and help others discover themselves.

The organization helped Claudio become a great leader and person. Fritz’s even sponsored Claudio’s work visa. He continues to work at Fritz’s to this day! Claudio’s journey continues with no regrets. Everything he faced shaped him to become the man he is today.

Claudio is forever grateful for Jesus, who was with him every step. The hand of God carried him. God created pathways where there were no pathways. He comforted and encouraged Claudio by showing him love through strangers who opened their homes to him. Jesus touched Claudio’s life. He now knows it wasn’t him working, fighting, and pushing. It was God. 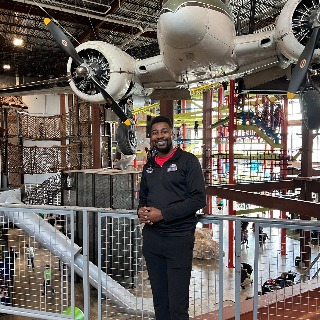 The one thing Claudio wants to share with you is that Jesus is the way, the truth, and the life!

“This is My Story” by Claudio Galbraith

Your Past Doesn’t Predict Your Future

Things To Do in Branson on a Rainy Day

Born into Poverty, Adopted into Opportunity, and Saved by Grace

The Best Shopping in Branson

Fritz’s Adventure offers fun-filled activities for every age so the entire family can enjoy an action-packed experience.

One Year of Explorable Fun! Buy Your Fritz 365 Pass Now! 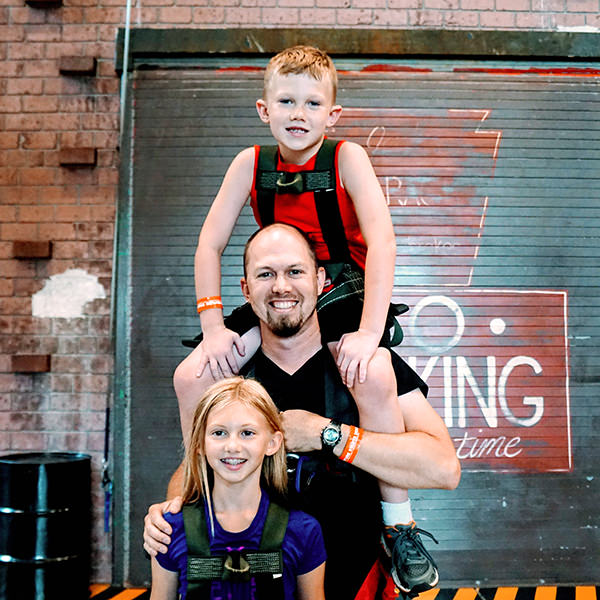 Enter a question or phrase: